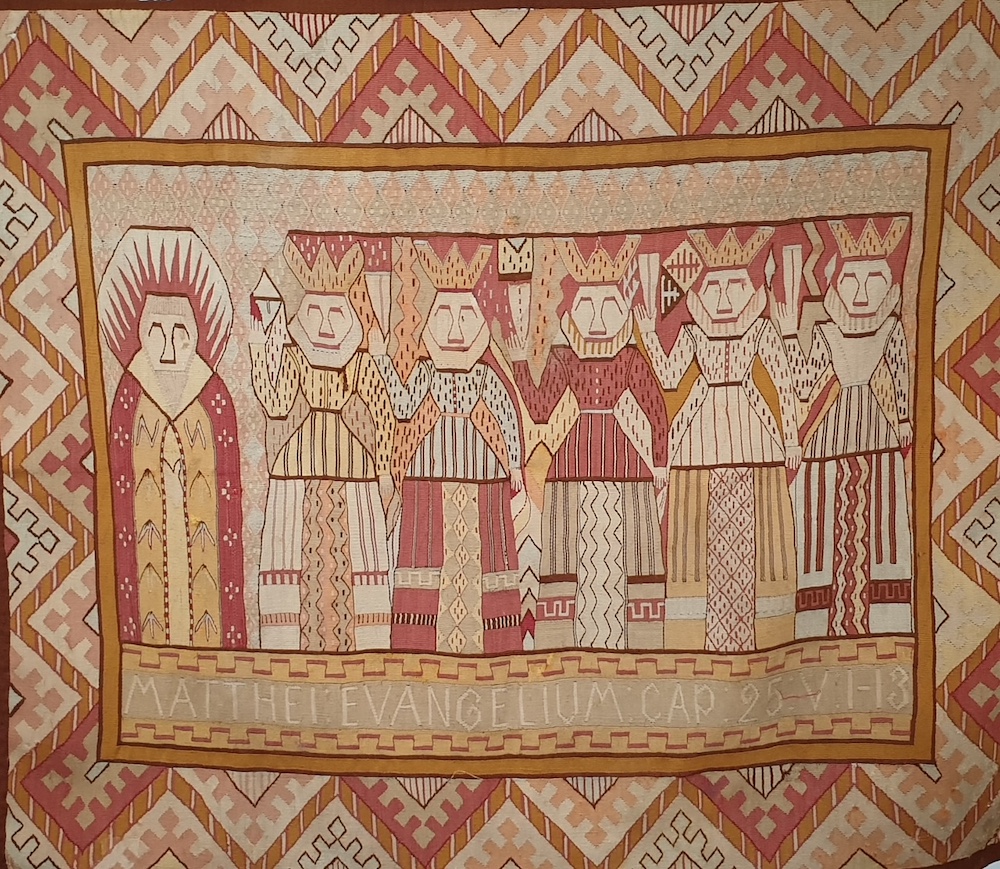 The Art of Tribal

Art and design have the enviable ability to break down barriers that traditionally divide cultures. The universality of interiors that involve and speak to people around the world is surely something worth celebrating, so why was I nervous to talk about Tribal Art? My fashion background and thrill in finding antique textiles has given me the chance to see rare tribal pieces over the years. However, like many people attracted to Tribal Art, I have a knowledge gap that can make buying or even discussing the topic intimidating.

I need not have held back as I was in great hands with the insightful words and work of Ian Shaw and Anthony Hepworth, whom you can catch and chat with yourself at the Bath Decorative Antiques Fair 1 – 3 April 2022.

The creative cohesion we find when people blend different periods with contemporary pieces or different styles arguably defines our time. Some of the most exciting spaces are a reflection of many cultures, as people seek to research their heritage or look for connection through pieces from places that keep craft skills alive out of human necessity. Artefacts like this provide a stark contrast to the consumer culture that exists across the world.

Both Ian Shaw and Anthony Hepworth are experienced collectors so if you are captivated by tribal objects, but conscious of appropriation in design then their memorable discoveries and tips for finding true Tribal Art are a good place to start.

Ian Shaw, the man behind Tribal Arts & Textiles encapsulates the nuances of cultural appropriation early into our conversation with a lovely picture of his wife with her niece, who are both Ashante from Ghana. They are wearing textiles of the Ewe people so they had to ask permission before wearing them for the photo. “Cultural appropriation isn’t just relevant to Europeans, it is relevant to the indigenous population also because these are religious objects within their own spheres,” he says.

Staying safely in the realms of appreciation rather than appropriation, African weaving artistry can be celebrated through interior design and the daily enjoyment for people from different cultures. For example, Ian tells me that some of the textiles work well as personal pieces like bedspreads as they are very durable.

If you keep missing, get closer to the basket

Ian has done his research and explains “there are not that many people that will attempt to deal in (antique) African baskets.” He points out that there are many of them around and people try to fake it but especially “the Tutsi, Chokwe and the Kuba peoples have special techniques for making these baskets that no one can replicate. Only the local women know how to make these and that’s been handed down from generation to generation.”

Both keen runners, Ian met his wife at the National Stadium training. She was a police officer at the time as well as an international runner for Ghana. However, it was long before Ian met his wife, back in 1989 when he was introduced to Tribal Art by friends. Two Glasgow artists dragged him to the Museum of Mankind in London. He describes eyeing huge Easter Island figures whilst ascending a big marble staircase before entering a large room full of Yoruba carvings from Nigeria. “Walking into that room, I didn’t know anything about the images that were there. Even with no knowledge, you had to be impressed by the sculptural quality, it was just incredible.”

You never forget your first

Ian was off on his journey with learnings from friends about art history and the powerful influence on painters such as Matisse and Modigliani, who had big collections of African Tribal Art. Eight years later, a lovely Yoruba kola nut bowl carved as a chicken was Ian’s first purchase, and objects he could never part with include an extremely rare Yoruba Geledi mask. Before you buy a tribal piece it is essential to ask questions, so meeting dealers at longstanding fairs like Bath Decorative is a good first move. Find out about the provenance so that you know what you have is genuine and that your intended purpose is in tune with trustworthy knowledge of what it is.

Although Ian focuses on textiles of West Africa, he recently discovered a piece from Scandinavia that he will bring to Bath. “Not normally my area, but I do have a smattering of knowledge of these things and this is a really beautiful Norwegian church tapestry.” We muse about the story of how it got here and relate over the joyous moment when particularly textiles just speak to you.

Anthony Hepworth’s eye for pairing Tribal Art with Modern British Painting and Sculpture can be traced to the ‘70s from art college to the start of his career for the British Museum.

“A museum by its very nature has all of these different cultures, different ages all together. The departments can be quite insular, but when they put on shows all of these things come together.” He recalls a library show with “big glass cases, and at one time they had fabulous Oceanic objects in a cabinet and then they had an African object, and then some Greek objects. That’s what set me off.”

Anthony Hepworth Fine Art was established in Bath in 1989 with locations in London and their own returning exhibition ‘An Eclectic Eye’ held over the years. Today they represent Scottish artist Peter Seal and you can see their dual passions collide at fairs with Anthony’s specialism in Modern British and Post-War Painting and Sculpture with African and Oceanic Tribal Art.

“We used to spend ages, I mean two days arranging the things, and that’s how I live in my house…So at the moment, I am sitting in a room with a 16th-century carving next to a 1958 painting with some African objects surrounded by Japanese bronzes to the right and then I’ve got some Greek antiquities to the left and a Hawaiian bowl, and then pre-Columbian pieces and 18th-century glass next to a little Henry Moore. It’s just fun. It’s a pleasure to live in this way.”

The cherry on top of this storied setting is that Anthony lives in a reclaimed house, having swapped their Bath townhouse for a bungalow built by the city architect from reclaimed Cotswold stone with a Cotswold stone roof and a bell tower.

Provenance is incredibly important to him, and the stand at Bath will feature things like Oceanic clubs and paddles. “Genuinely old things that were made by a tribal person, for a tribal person’s use. That’s how we define Tribal Art or objects.” Anthony touches on how things have changed and how the TV show Frasier affected the market in the ‘90s with the apartment filled with tribal objects and the “decorator influence.”

Sometimes it feels like the respectful line that art or comedy must tread has become more complex, but for me, Anthony simplifies it beautifully as “professionalism.” It is not about ‘get the look’ it’s about the feeling of truly Tribal Art.