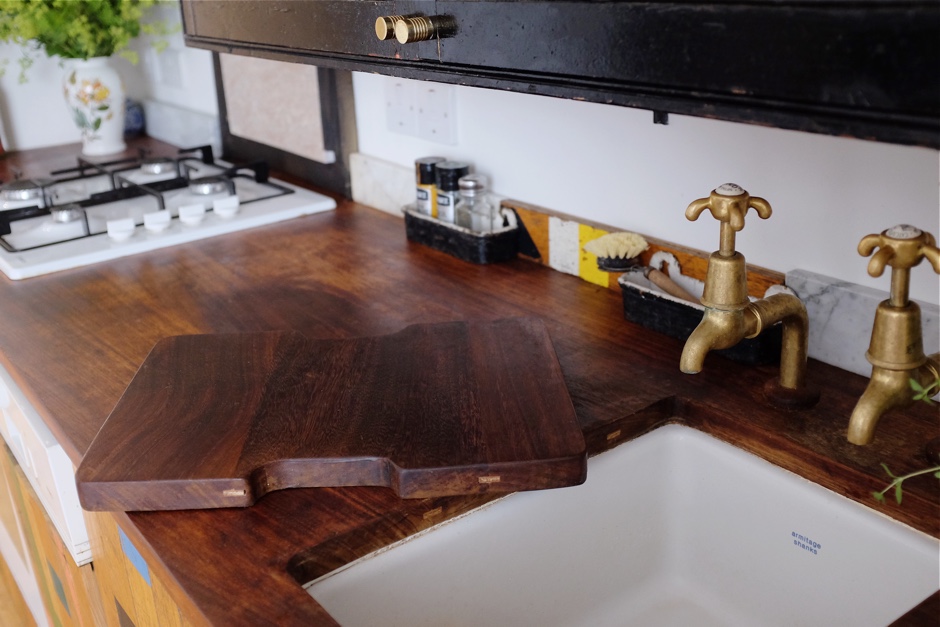 Recipe for a reclaimed kitchen – my kitchen after 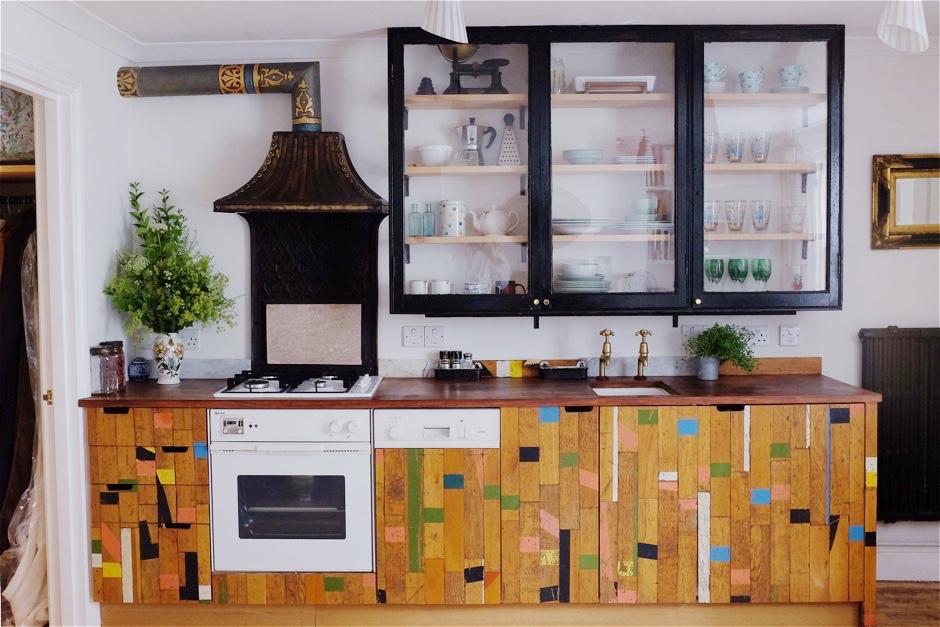 I recently transformed my kitchen into a walk-in wardrobe and my living room into my kitchen, so I thought this was a recipe worth sharing. 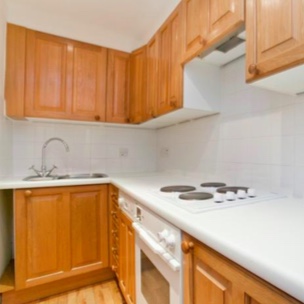 Tiny kitchens are the norm in flats in London and although at one stage I merely used mine to reheat or “cook” salad, this was my chance to make a space I wanted to spend time in.  The original kitchen was a cavelike windowless room, far more suited to clothing than cooking. 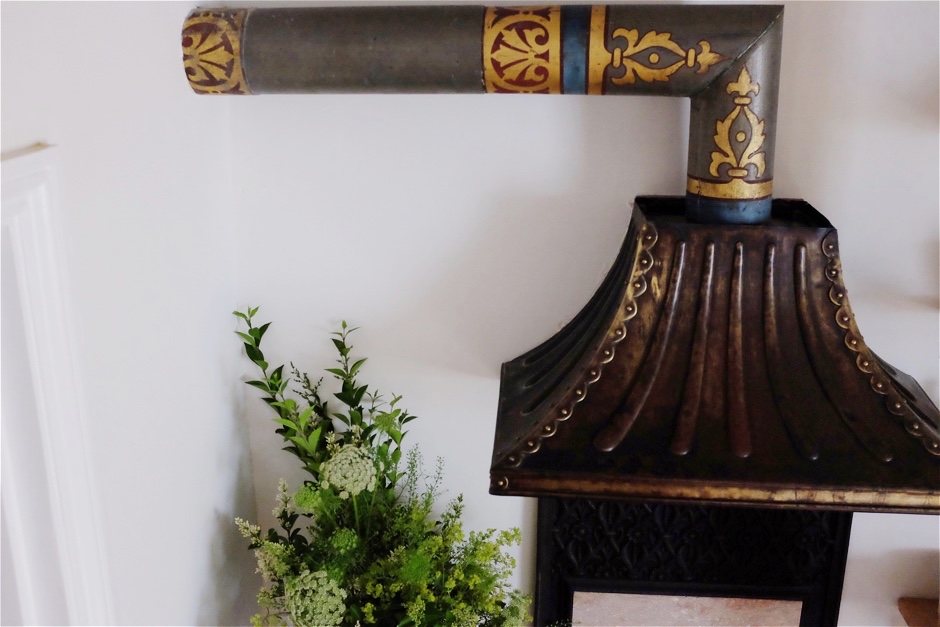 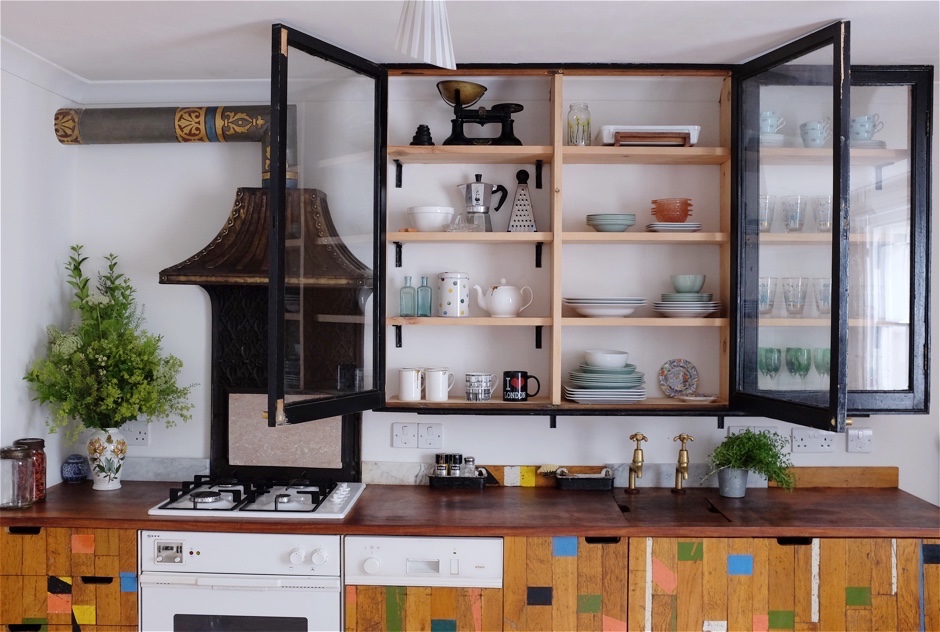 wall cabinet – 1940s staff noticeboard salvaged from Kings Cross station on SalvoWEB with gold knobs saved from a built-in wardrobe that was in my bedroom.  The back of the noticeboard was removed so the glass doors could be mounted in front of shelves made of reclaimed wood from Pine Supplies 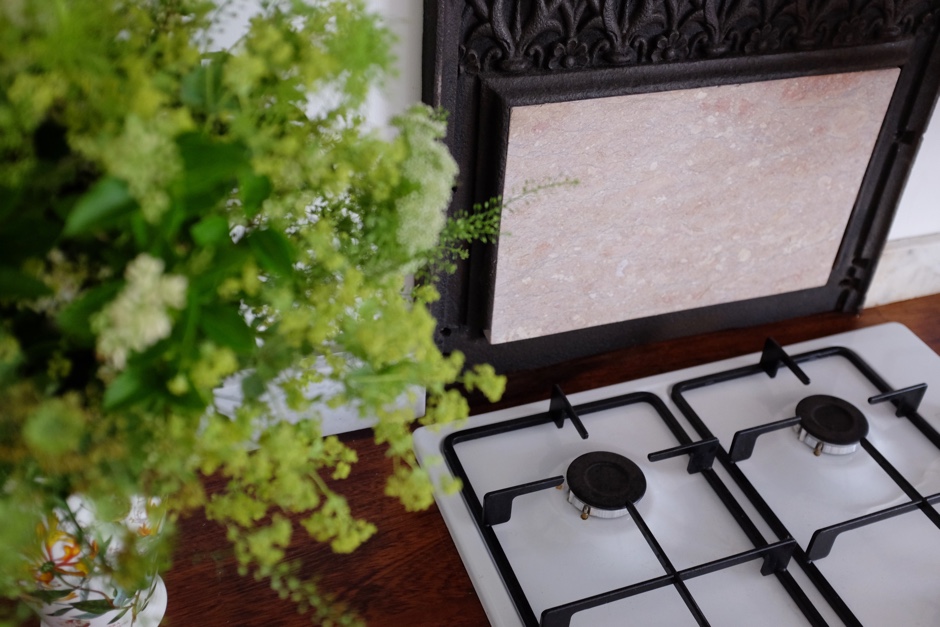 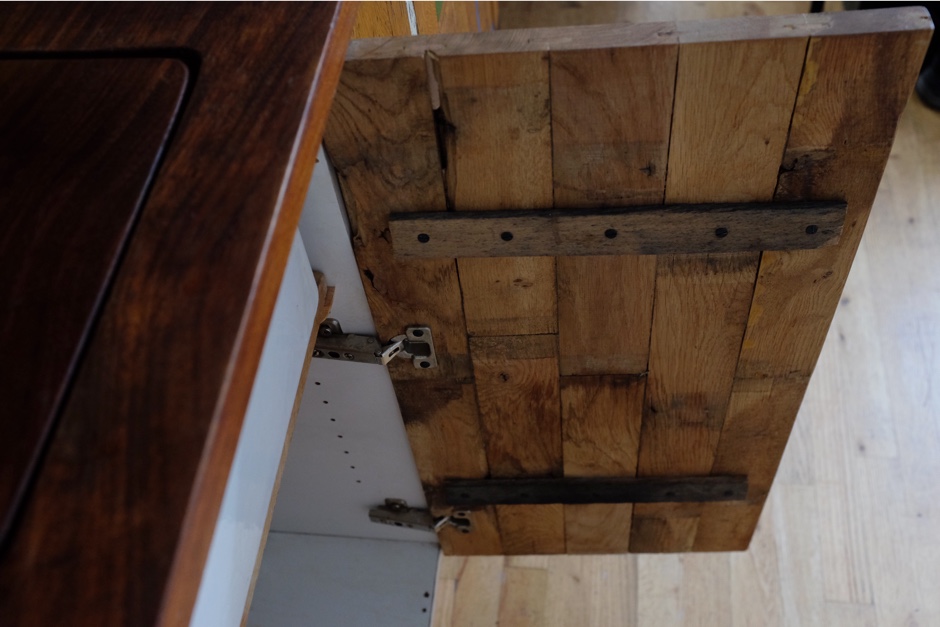 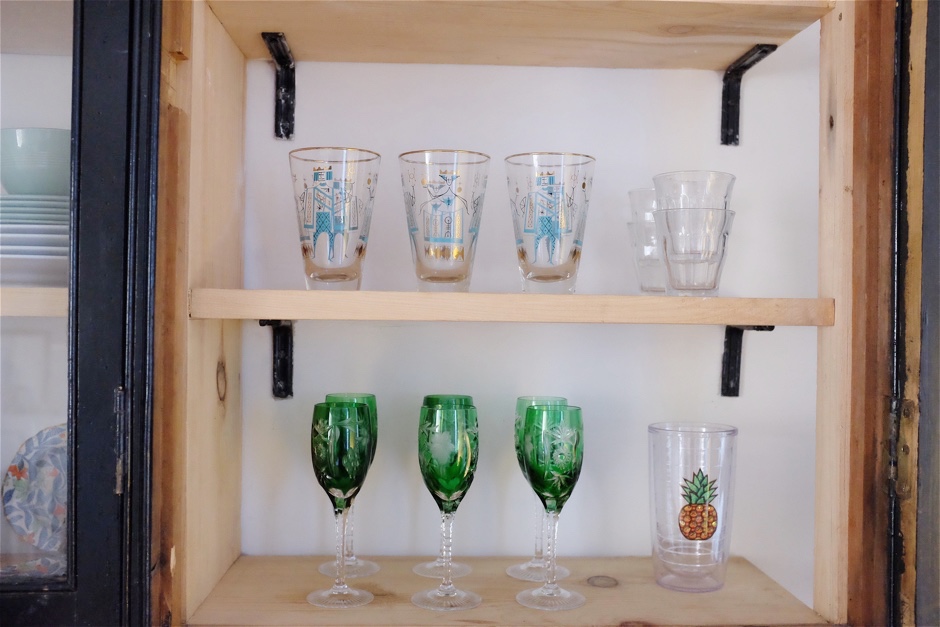 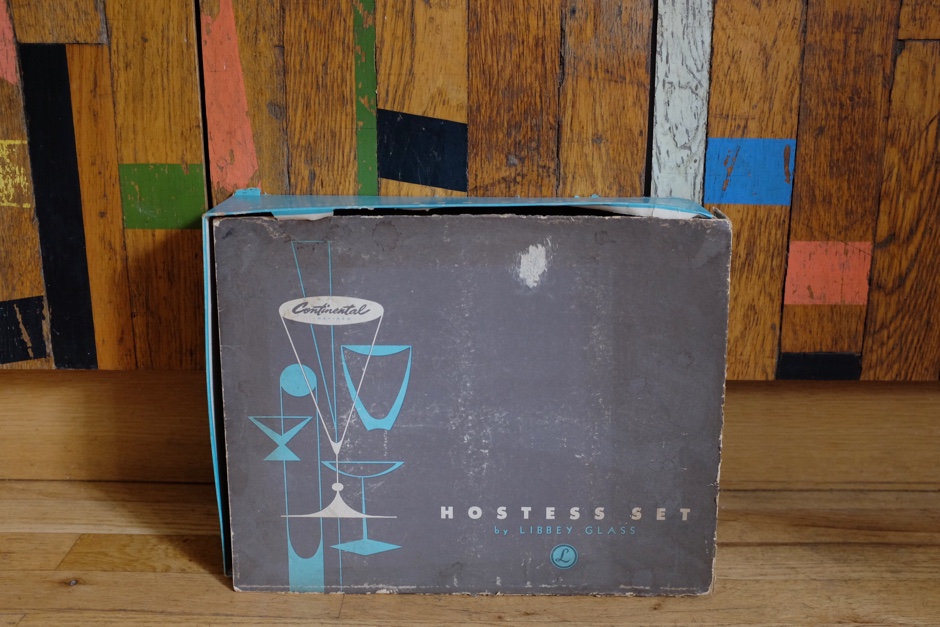 I spent over seven months sourcing salvage.  Designing a kitchen with reused and reclaimed materials doesn’t require such a long cooking time, but I wanted the chance to get to know the space.  Although the old kitchen was dingy and dated, it was fine for my first months in the flat.

Consulting SalvoWEB throughout the journey, I set about realising the reclaimed dream I sketched on a napkin in New York.  I rarely found what I imagined, but one ingredient led to the next and my taste matured.  I originally envisaged a glamorous kitchen to prove that salvage could look polished, but I fell for honest materials and I wanted to feel their provenance.  I love the fact that girls were playing games back in 1910 on floorboards that now front my kitchen doors.  What could be more glamorous than that? 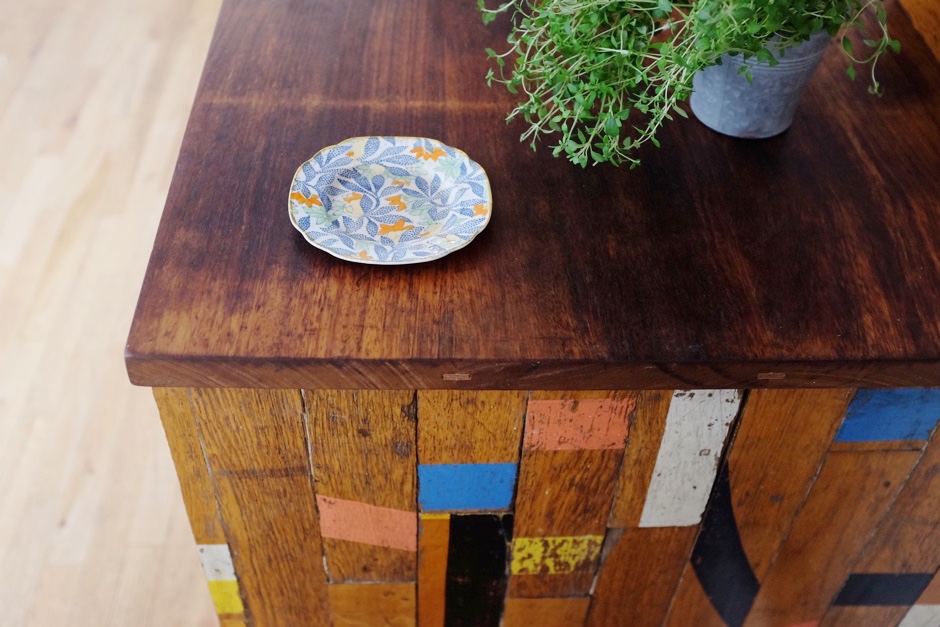