My shoe wardrobe for a sink

Lulled into a false sense of ceramic security by the fact my mum had a Belfast sink in her back garden (don’t most mums?!), I was expecting a kitchen sink to be one of the easiest things to source.  I would have taken my mum’s, but she is saving it for her own renovation and I decided to go for something much smaller.  Sure, I could have bought new, but having come this far, I was adamant it had to be old and kept searching.  I finally found a bargain Armitage Shanks (Butler) sink by calling local salvage yards on the SalvoWEB Directory.  If like me, you are interested in a reclaimed sink and don’t know your Belfast from your Butler, here is a quick lesson I could have done with earlier…

Traditionally used by butlers, the name ‘Belfast’ distinguishes Butler sinks originally made and used in Belfast as they have a built-in overflow due to the fact that fresh water was readily available in Belfast in the late 18th Century. Whereas in London, ‘Butler’ sinks were designed without an overflow so as not to waste any of the fresh water, which had to be gathered from deep wells.  So now you know. 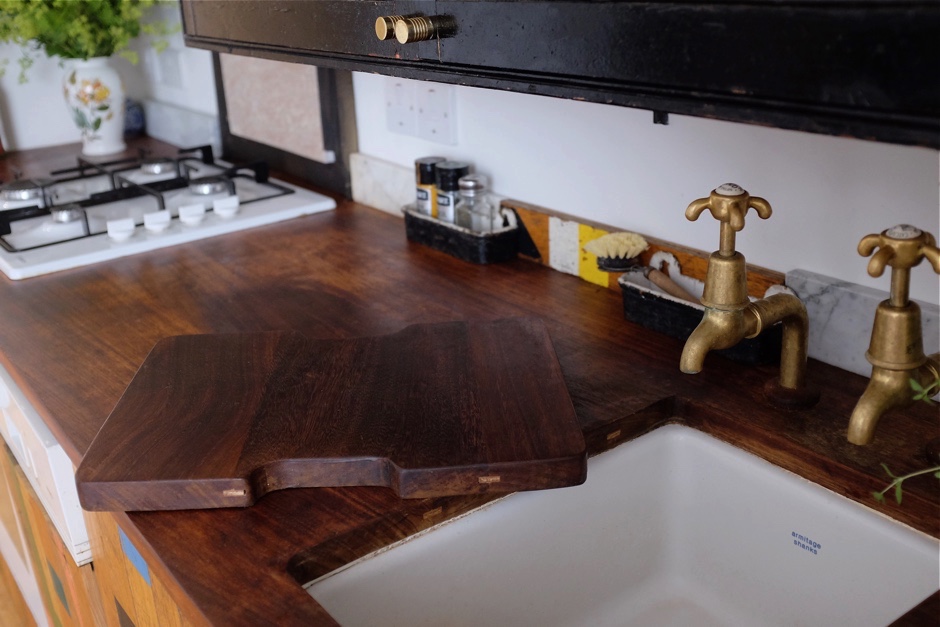 Check out these links for salvaged sinks