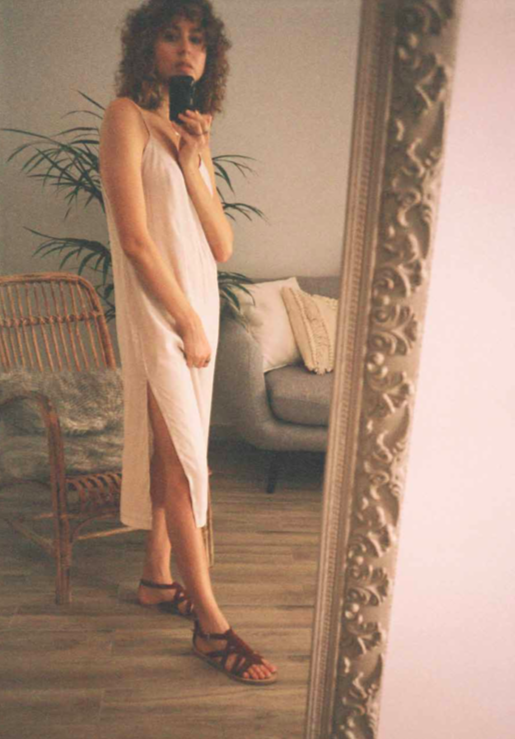 Today’s eco-warrior is less hemp, more hot.  I don’t mean to do a disservice to the durable natural fibre, but hemp clothing is still building a new rep amongst fashion seekers that have discovered sexy and sustainable can coexist – as they do in the #ecohot label COSSAC.

I met Agatka Kozak, the woman behind COSSAC in a café off Brick Lane in East London.  The day of our interview was one of the worst snow days in the city this season, yet our café was surprisingly busy with the usual mix of hipsters and high-flyers you would expect on the border of Shoreditch and the financial district.

The concept of seasons is fluid for Agatka, which is reflected in her collections with items that can be styled up or down throughout the year – or even from day to night.  This design philosophy works for the sustainable fashion-minded, along with buying less, but better, and it also works for women living in the city that want a versatile wardrobe with often very little storage space. 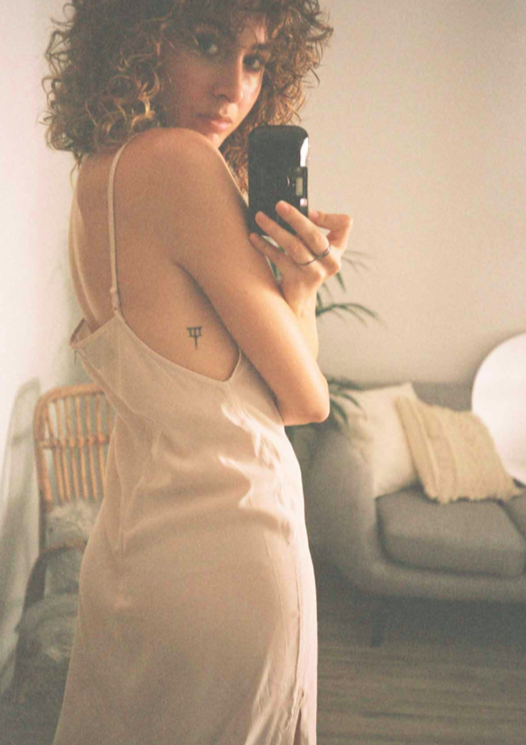 I’m styled-up the day we meet – making the most of the multiple accessories the Labour Behind the Label Six Items Challenge rules allow, but both Agatka and her intern Mao look at me and shiver as I take a seat in less layers than suitable for the weather.

Thankfully, this is the second time Agatka and I are meeting, and she’s used to seeing me half-dressed as the first time we met in a Hoxton hotel suite at her shopping and preview event. I bought an asymmetric midi dress just before I started my challenge, which is impatiently waiting in my wardrobe to be worn. My dress encapsulates the COSSAC signature of effortless sass and I can’t wait to wear it. 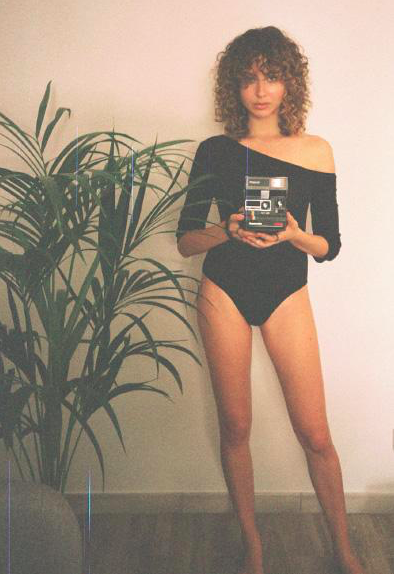 “People don’t like to be told off” she says as we get past niceties and down to the nitty gritty topic of ethical fashion.  “If we were only aiming at ethically minded people, we would be out of business.”

COSSAC treads the balance with a non-preachy, yet transparent tone about the materials, manufacturing – even garment neck labels are made of recycled polyester.  “For me it’s a standard, I don’t necessarily scream loads about it but if someone asks me, I explain.”

Agatka emphasises the importance of balance, as it is that which allows her the freedom to create the newness the fashion industry demands, whilst maintaining her mission as a sustainable designer.  I clutched onto maximising usefulness in COSSAC’s manifesto, as the Six Items Challenge has made me think more about how my wardrobe  works for me.  She adds more food for thought with the fact that “apparently we wear 20% of our wardrobe 80% of the time.”  I want to have some kind of useful fashion formula by the end of my challenge and to create a new relationship with my clothes – upping the average number of wears each garment gets.

As well as designing,  Agatka also shops consciously, and (aside from wearing COSSAC most of the time) before making a purchase she asks herself if she will wear it at least 30 times. 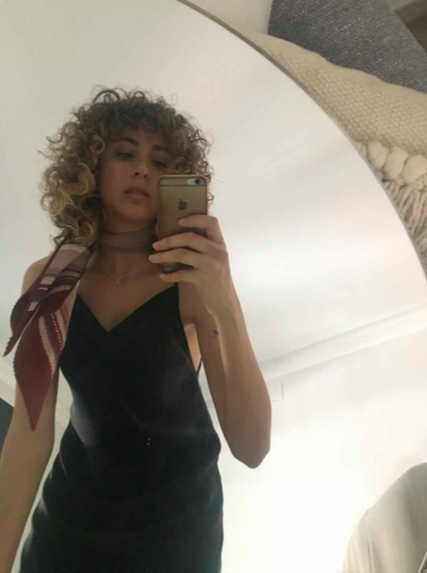 Just like sustainable shopping, sustainable designing comes with its challenges, for example when your collection orders amount to more than the quantity of deadstock fabric you have to make the pieces…Thankfully COSSAC has built great relationships with buyers, so she could utilise some beautiful deadstock fabrics that came with a warehouse one of her manufacturers recently acquired.  The fabric would have either been recycled or chucked, as nobody else wanted to deal with the difficulties of working with it.  Agatka has overcome the challenges of deadstock fabric by agreeing with the manufacturer and buyers that when it runs out, extra orders will be fulfilled using other organic fibres. 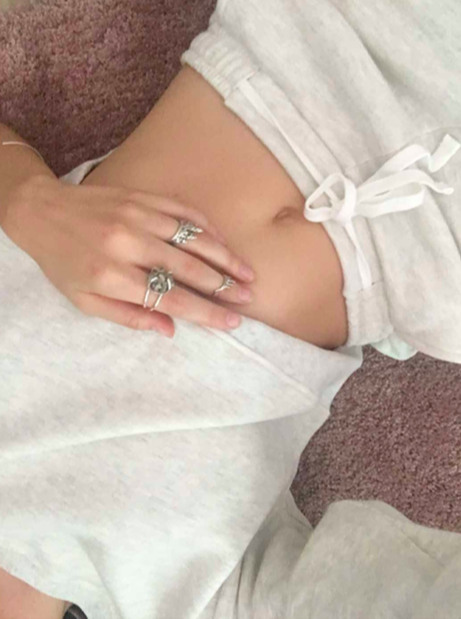 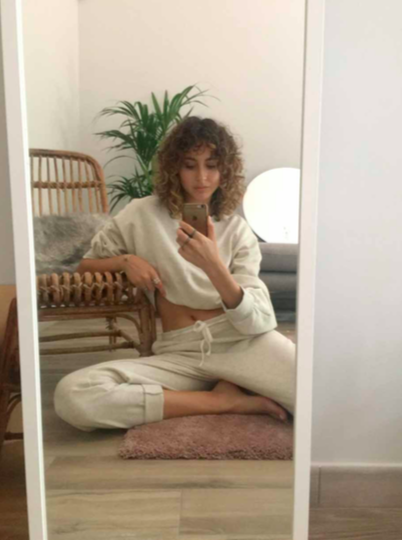 Sourcing fabrics locally allows Agatka to keep the carbon footprint and the costs down for both the brand and her customer. There is an increasingly enticing selection of sustainable fabrics on the scene, and she is always researching new options, but also adamant about keeping her brand affordable.

Other strings to her sustainable bow include candles and organic perfume.  I bought one of the first editions of Her – the debut COSSAC fragrance (which officially launches in August) and it  lives in my handbag as a secret mood-lifter.

Currently partaking in many perfume courses and exploring the health benefits of essential oils, Agatka’s next mission is not only to dress, but de-stress her customer.

“The woman I design for, in my head she lives in the city, so on top of having amazing scents, it could have stress relief benefits”.

We end on Fashion Revolution as the week that encourages us all to ask brands ‘Who made my clothes’ is fast approaching on the 23rd – 29th April 2018.  The campaign also encourages us to remember the Rana Plaza factory collapse, where over 1000 people were killed and many more were injured on 24th April 2013. 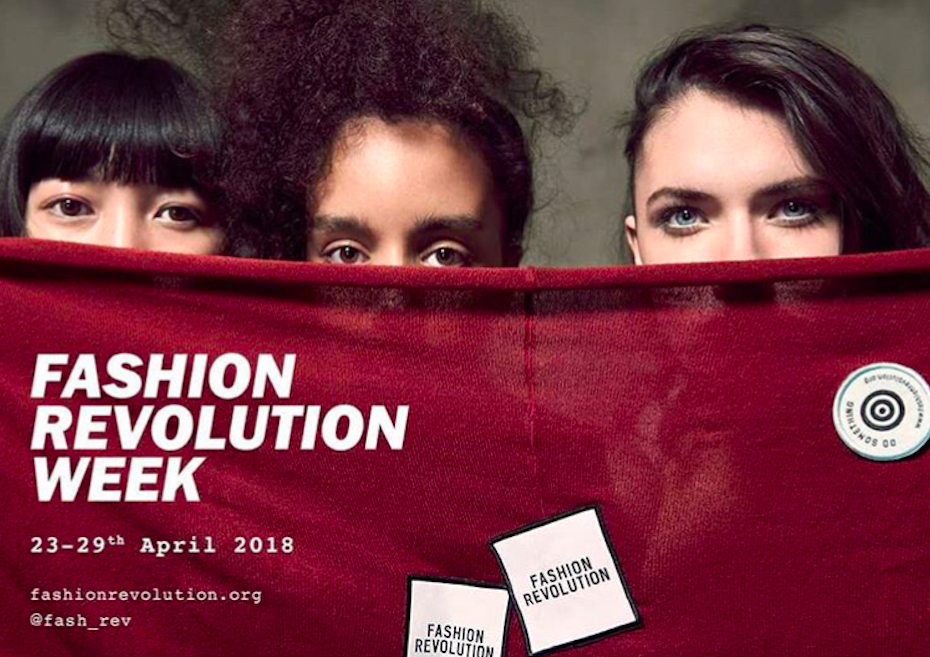 COSSAC offers a refreshingly realistic perspective for an ethical brand with the realisation that women often buy fashion first, but that sustainability is also an increasingly expected added value.  COSSAC caters to modern women who want to feel feminine, empowered and beautiful inside and out.

“I just want everyone working on my brand to be happy. There’s a very humane element, like I wouldn’t be able to sleep at night if I knew that someone was miserable.  I want to go to bed every night with a clear conscience.” 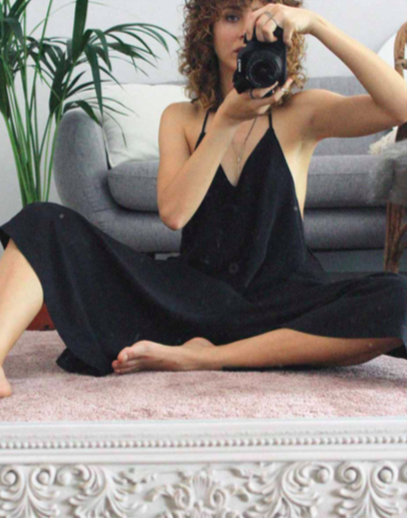 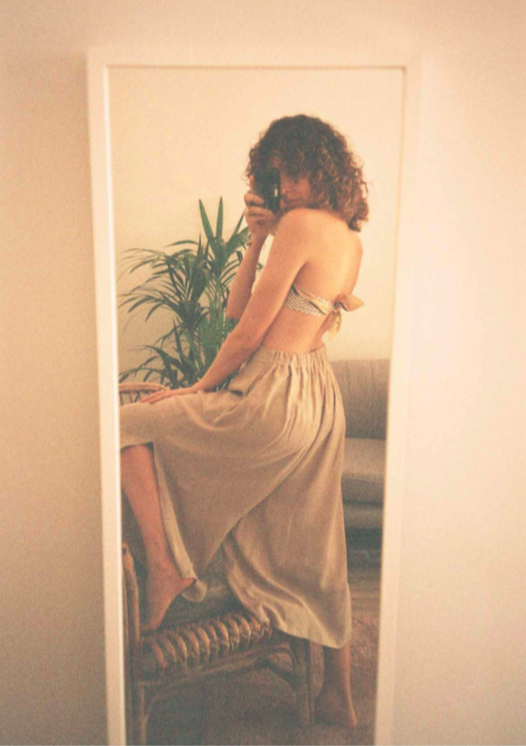 And if like me, you’re obsessing over the jewellery worn with COSSAC clothes throughout, check out jewellery designer Naida C. Castel.