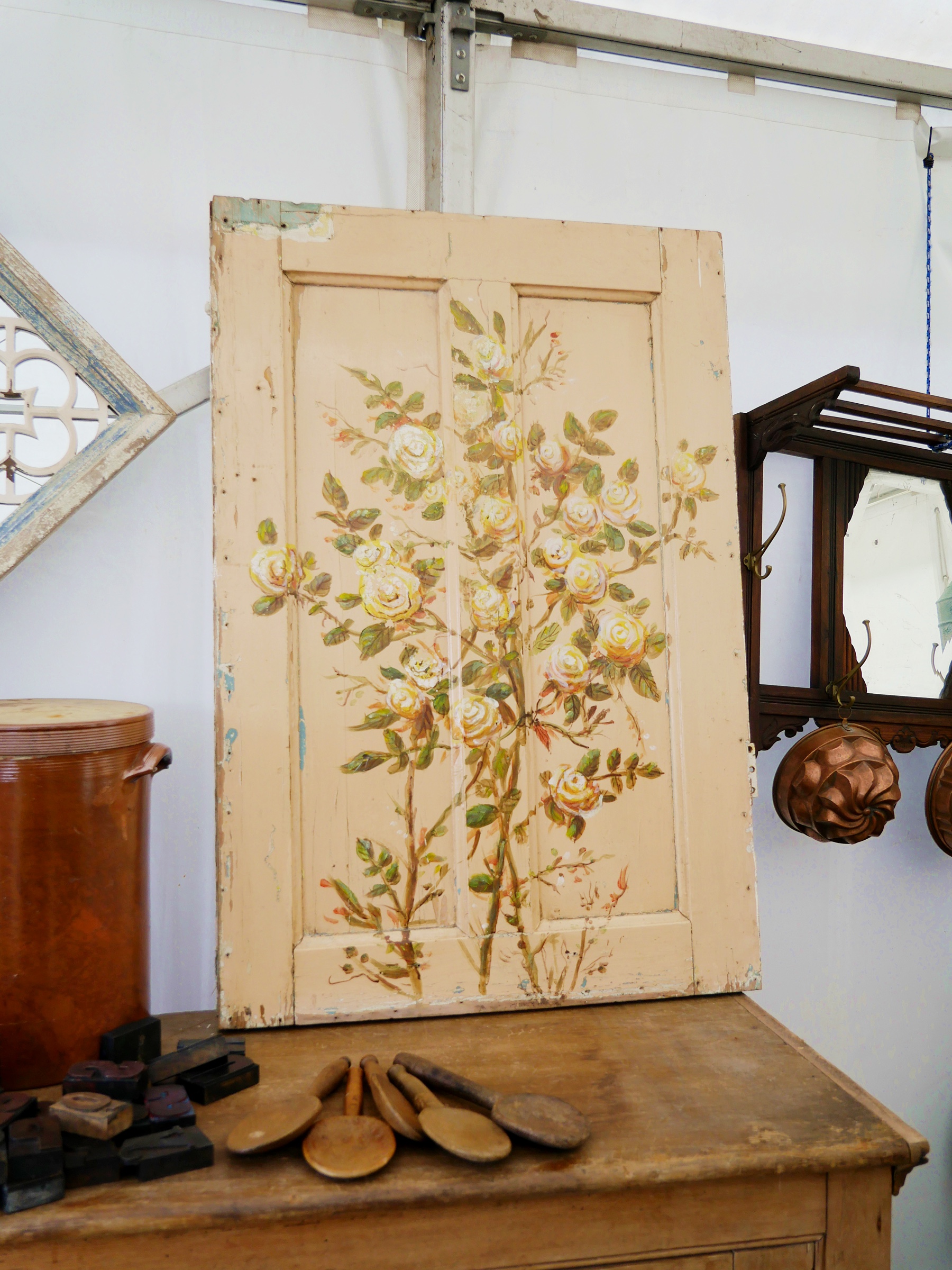 Ardingly wants to bring you flowers

Ardingly Antiques & Collectors Fair showed its mettle (albeit disguised as petals )this week, as a major fair that continues to attract a strong following of dealers, designers and private buyers.  It could have been the sunny start and morning light hitting the showground, but the architectural and decorative antiques looked especially pretty, like the first daffs in March.

My highlights included Mangan Antiques’ marbeled apothecary pots circa 1870 from southern Italy, coloured to signify the herbs they originally held. A floral telephone chair also caught my fancy for its fringing detail and so did numerous painted reclaimed doors.

This late Victorian stained glass panel rescued from Birmingham by Smiths of Stratford, and the ‘60s bag bursting with flowers were under the same roof at Ardingly and could arguably both be considered romantic gestures🌹.

The next Ardingly Fair will be held on Tuesday 23rd and Wednesday 24th April 2019 at the South of England Showground near Haywards Heath (as usual).